Home Gesture Drawing Book Part 1: So Tell Me About Drawing

‘So, Tell Me About Drawing…’

Drawing is a primal human means of conveying ideas, visions, and emotions. When people are helping young children work through life’s struggles, they often encourage the children to draw. Drawing a card for someone is an act of love. Little kids want to draw so much that they draw everywhere – on walls, on floors, on their siblings’ homework, in the snow…. Nothing stops young children from making marks. It’s a natural human form of expression, and has been so for thousands of years.

Unfortunately, somewhere along the path from childhood to adulthood, most people stop drawing. They begin to believe that they aren’t good enough, and drawing is left to ‘artists.’ But everyone is an artist, and everyone can find expression through mark-making.

Below is a drawing which I did as a rough sketch, a preparation for a painting. In this work, I was attempting to figure out my composition (which is the basic arrangement of elements on the canvas) based on sketches I had created while camping. It’s what is known as a ‘rough sketch,’ which I will cover in my discussion of different types of drawings. 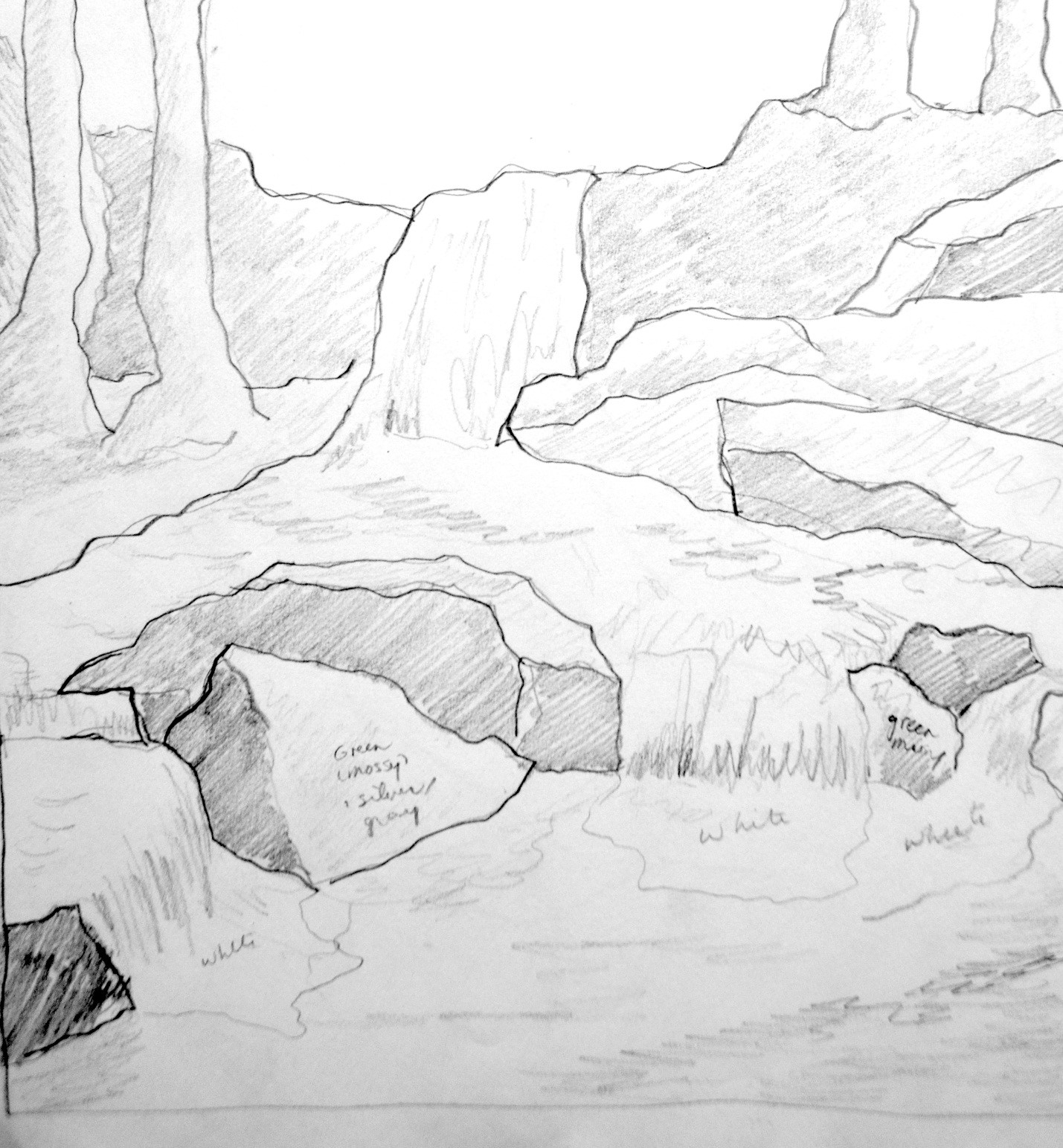 I’ve included it here because it’s not masterly, nor worthy of hanging on a wall somewhere. It served a purpose for me (to help me plan a painting), and I had joy in creating it. For what it is, it’s a work of beauty, and doesn’t need to be more.

The most common response I get when I tell people that I’m an artist is “Oh, that’s cool. I wish I could draw, but I can’t.” (Frequently, that’s modified to “I can’t even draw stick figures.”) But what these people believe about themselves, it isn’t true. Most people don’t draw, but everyone can draw. Drawing is simply the act of making marks for the purpose of some sort of expression. Everyone has something to express, and everyone can make marks. Therefore, everyone can draw. 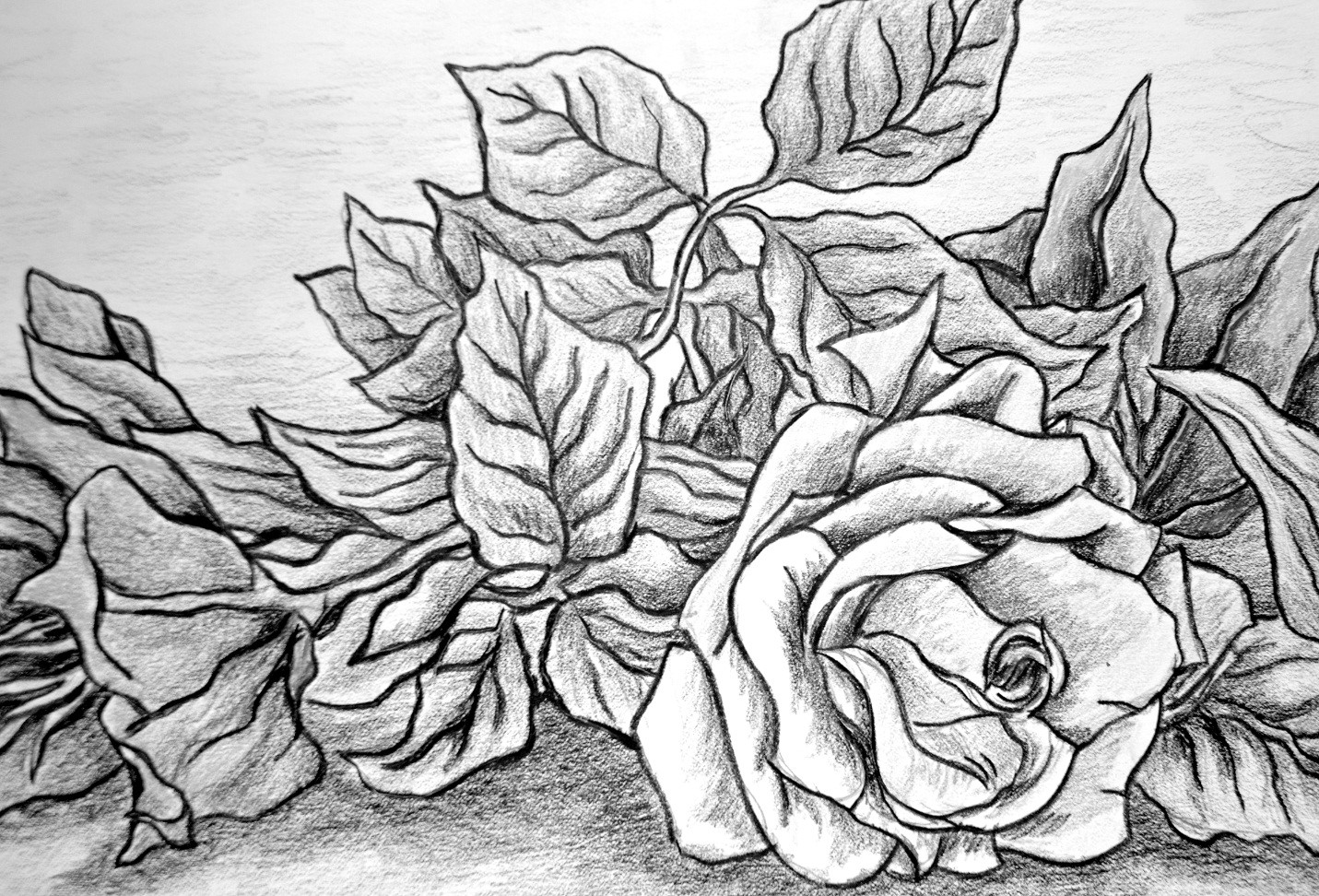 Drawing doesn’t even require hands – the great Impressionist painter Pierre August Renoir is said to have painted and drawn at the end of his life, while crippled and bed-ridden from arthritis, by having a long stick taped to his arm, and drawing on paper attached to the ceiling above his head. People draw with their feet, with their mouths, with their bodies … people doodle when bored, or when listening to a lecture (doodling is thought to help many people process auditory information). It almost takes an act of will to not draw, given how natural it is.

So if that’s the case, why do so many people claim they can’t draw? Well, let’s examine what it means to draw.

When most people say they can’t draw, what they usually seem to mean is “I can’t draw a photographically-accurate representation of something that I’m looking at.” Ok, fair enough. However, that’s like me saying “I can’t play the piano” and meaning “I can’t look at a composition by Bach and sit down and play it.” Why can’t I? Am I incapable of learning, or have I simply never learned? Drawing with photographic accuracy is a skill, but it’s not the only – or in my opinion, the best or most necessary – drawing skill that exists.

With any skill, focus on what you do well now. Practice, enjoy the process, and more skill will come. And if you have to choose between expressiveness and accuracy in a drawing, remember that often it is expressiveness which will create the greater work of art. Cameras can be accurate, but cameras can’t feel, or alter reality to convey a vision. Only people can do that. 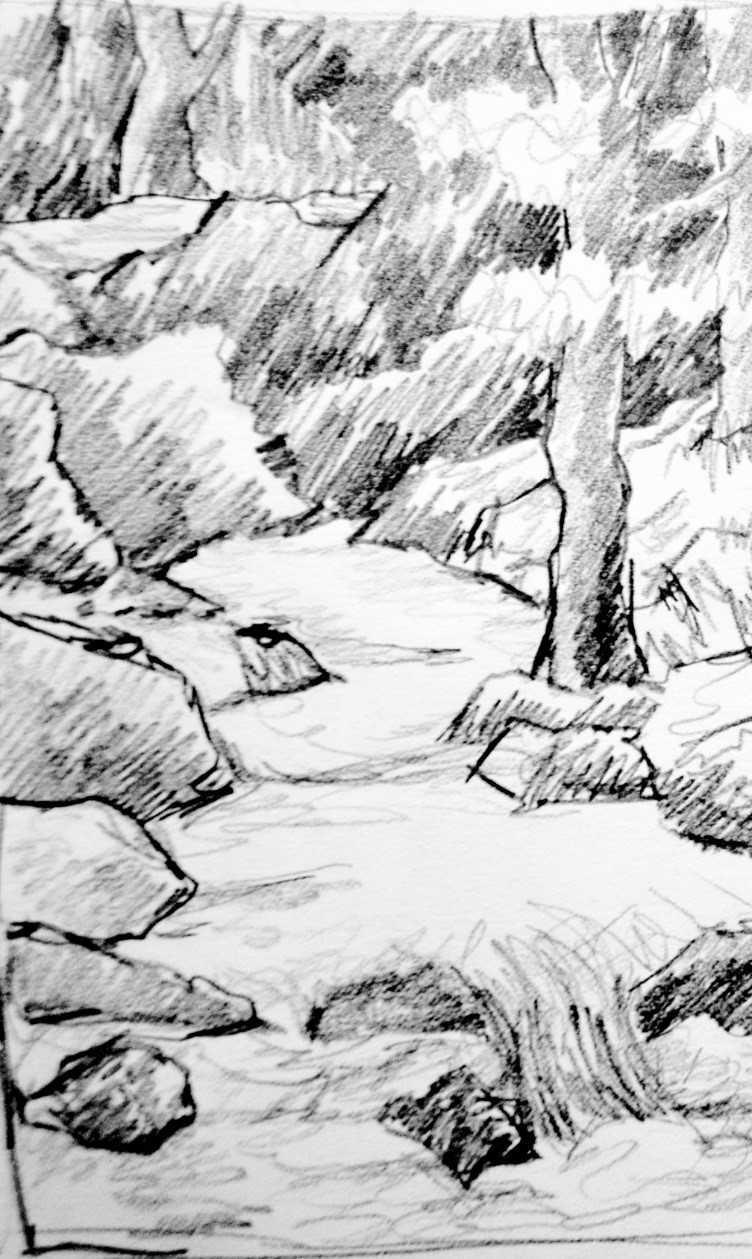 And the beautiful thing is, regardless of the success of each particular drawing, you can enjoy the process, the act of creation. What’s more important than that?

So let’s look at some different types of drawing, to gain a general ‘drawing overview’, and then we’ll go more deeply into the specifics of gesture drawing, which is an excellent skill for artists of all levels to continually develop.

ABOUT US
I am an artist and teacher who ended up in the world of IT, designing and building Wordpress websites, and helping the company for which I work with its various IT needs.
Contact us: laraklopp@aol.com
FOLLOW US
© Copyright 2013-2021, Lara Klopp Designs